The best entries in the Chinese Writing Contest just published! 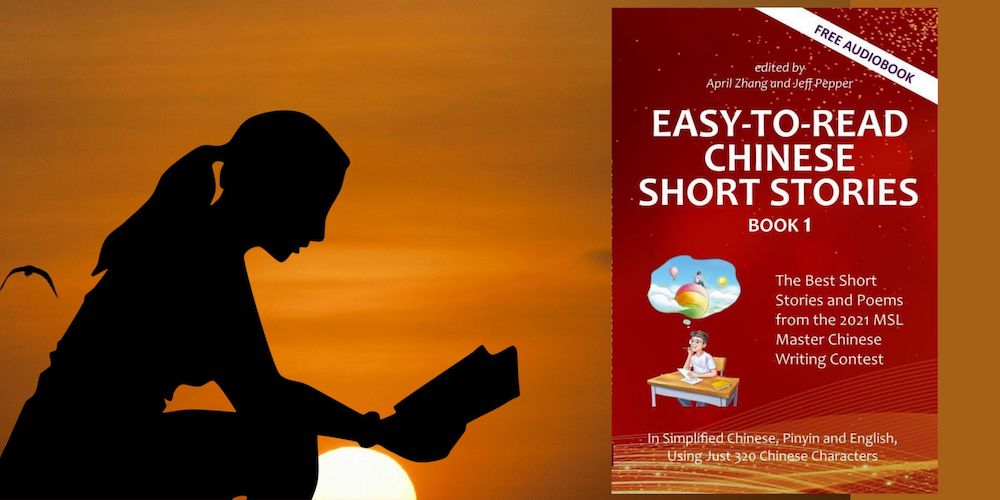 Of all the prizes offered for contestants who participated in the Chinese Writing Contest 2021, the coolest one should be to become a published author. This is a recognition with a far reaching effect.

With the newly published book, Easy-to-Read Chinese Short Stories, Book 1, seventeen contestants have won this bragging right. Their work is now available for a wide range of audiences worldwide.

Early in 2021, I invited Chinese learners from around the world to participate in the first Chinese Writing Contest. Entries were limited to using 320 unique Chinese characters. Beginner students were encouraged to compete with the advanced ones, and older students were encouraged to compete with the younger ones. A total of 82 submissions were received, seventeen of them ranked highest based on a public vote on Twitter.

I was involved in the creation of this book. I know this was a time consuming job. So, huge thanks to Jeff Pepper from Imagin8 Press! He had been doing the major lifting and finally had this book done.

This book includes very short stories, poems and a mini play. Each story is presented first in simplified Chinese, followed by versions in pinyin and English. Free audios are also available.

This is a nice book to read, well suited for beginner to advanced Chinese learners. Some entries are lyrical and simple, very easy to understand. Some entries use neat language techniques that require higher level readers with more Chinese training.

April Zhang is the founder of MSL Master and she enjoys teaching and interacting with students. She constantly explores new and interesting ways of teaching Chinese through creative and imaginative activities.

With her help, many students have achieved outstanding result, which has enriched their understanding about China and has significantly contributed to their work.